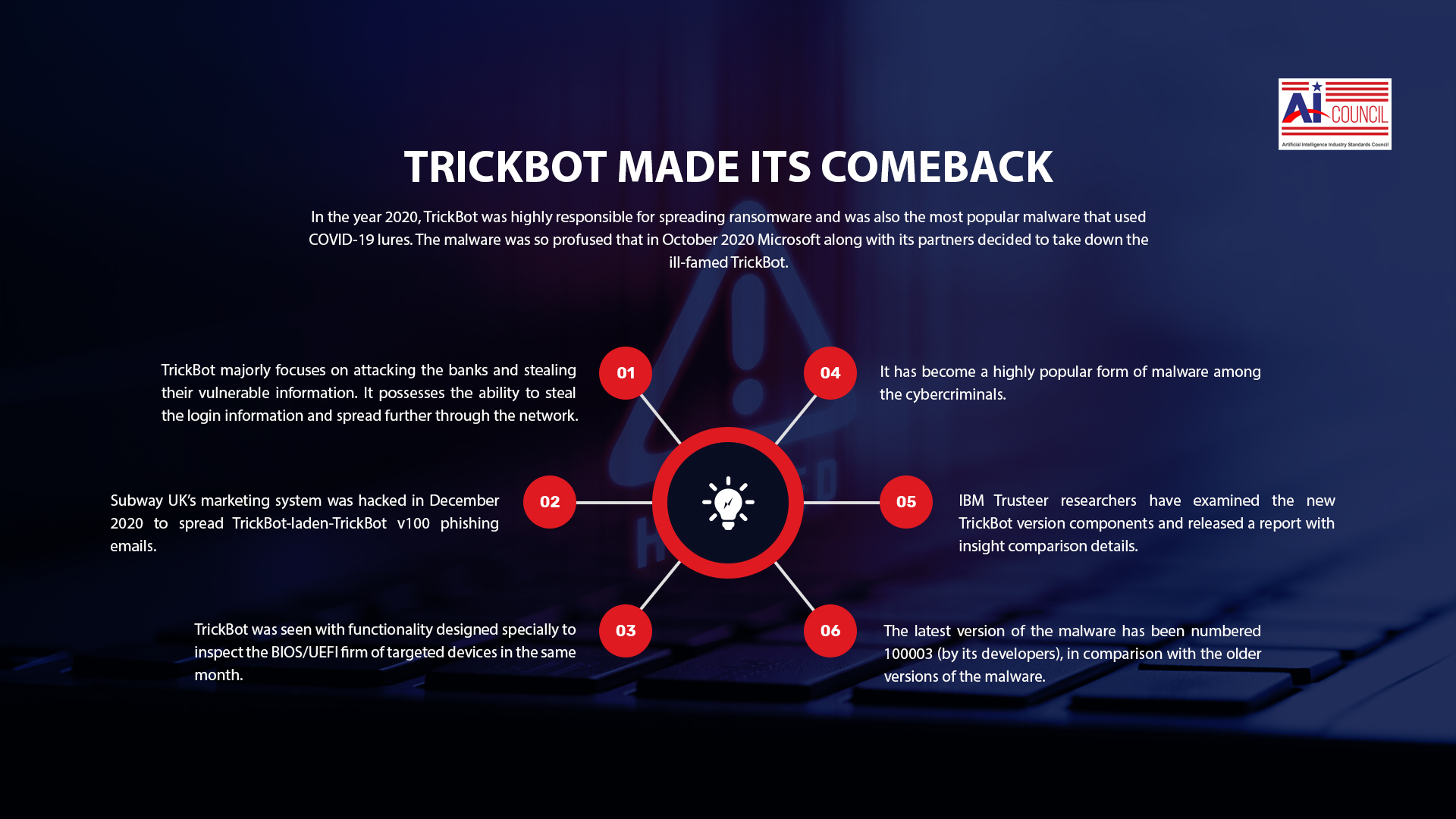 TrickBot made its comeback- with Malware Attacks and Fresh Phishing

TrickBot was developed in 2016 as a banking Trojan. Trickbot has evolved a lot since then. It has become a highly popular form of malware among cybercriminals, the major reason being its modular nature which allows us to make use of it for various attacks.

In the year 2020, it was highly responsible for spreading ransomware and was also the most popular malware that used COVID-19 lures. The malware was so profused that in October 2020 Microsoft along with its partners decided to take down the ill-famed TrickBot. They obtained a court order for this. It also brought down the infrastructure that was potentially used by the cybercriminals and attackers to spread and send commands to infected endpoints. After the company attempted to take down the malware in October 2020, TrickBot has made a comeback. The operators of this malware are launching newer and more enhanced versions timely. Recently a more tenacious genre of this malware has been launched.

Symptoms developed after the malware attack

This is what makes this malware more dangerous and systems more vulnerable. The endpoint user does not perceive any changes. The network admin is more likely to observe changes mostly in traffic patterns.

TrickBot majorly focuses on attacking the banks and stealing their vulnerable information. It possesses the ability to steal login information and spread it further through the network. TrickBot has nursed itself to its full potential and is evolving continuously.

Comparison of the newer version with the older one

The takedown attempt of 2020 by law enforcement and the security vendors gave some respite until the newer one made its appearance.

However, the infecting process of the malware is similar. It involves the configuration of the scheme, hollowing of the code injection tactic, modification of the task name, and compromise checks.

Since the malware has made a comeback it is successfully capturing the limelight. So it is time to be more careful.